How megatrends are changing our world

How megatrends are changing our world

When is a trend a megatrend?

There is not only a quarter of a century that lies between 1996 and the present day, but also a period of rapid technological progress. While Nokia had already launched the world’s first smartphone on the market 25 years ago (the “office in your pocket”), very few people were writing emails on the move. And this wasn’t only due to the half-kilo weight they had to carry round with them.

Today, smartphones are faithful everyday companions that serve to replace once physical products, making them available in the form of apps that save space and that can be used around the clock. The idea of an office in our pocket has thus now become a reality: smartphones serve as work computers and allow us to read newspapers, navigate our surroundings, control our smart homes remotely, store documents and take pictures. This is just a small familiar example of the exponential developments we are seeing in the areas of technology and digitisation.

While most changes are cyclical and occur in the short to medium term, there are sometimes also structural changes – so-called megatrends – that have a transformative impact on the world and us as people. As disruptive forces, they fundamentally revolutionise the economy, the corporate world and society itself. In short, they change the way we live. 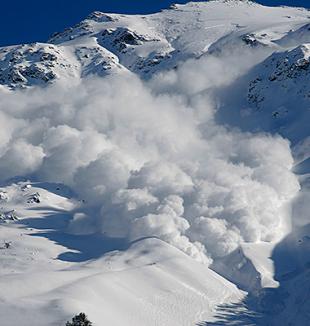 The term “avalanches in slow motion” is often used to describe megatrends. They no longer have to be predicted. Instead, they are already upon us or are clearly emerging. They give rise to epochal change by having a significant impact on the economy, society and the environment.

However, rather than viewing them in isolation, it is essential to consider the interactions at play. Megatrends, along with the countless subtrends and peripheral trends that accompany them, interlink with and influence one another, thus constantly creating new opportunities for us to optimise our lives.

The world in transition

Much of what has been considered tried and tested until now is being replaced by new paradigms. The interaction of new trends gives rise to social change and progress and impacts the business models and competitiveness of companies, sectors and entire countries:

For example, it is now difficult to imagine a world in which grocery stores do not offer meat alternatives made purely from plant-based ingredients in their chiller cabinets. Cultured meat produced in laboratories has also already received approval. According to a study by the RethinkX think tank, we will eat almost no animal meat by 2035.

The fourth industrial revolution* has already turned the labour market upside down, and artificial intelligence will in future give rise to new professions and make others redundant. Cities will have to be redesigned in future if two-thirds of the world’s population is to live in urban areas by 2050. And the way in which we move around will be completely different to how it is today.

*Industry 4.0 is the name given to the intelligent networking of machines and processes in industry with the help of information and communication technology.

Artificial intelligence will make those who adapt quickly more competitive.

The megatrend of mobility – a prime example

The European Union (EU) wants to ban the registration of new petrol and diesel vehicles from 2035. In Spain, the aim is for only electric cars to be driven on the country’s streets by 2050. Autonomous driving no longer finds itself in the starting blocks, and the sharing culture means that ownership of a vehicle is no longer a prerequisite.

Value will no longer be created with the car, the original product, but rather with the associated software as well as progressive, innovative hardware such as semiconductors, sensors and cameras. Companies including Waymo, Argo AI, Cruise and Intel/Mobileye are providing state-of-the-art technologies for autonomous driving and thus exploiting the opportunities presented by the prevailing megatrends. Mobileye was already acquired by Intel back in 2017 for USD 15 billion, making it easy to see just how valuable such companies can be.

It is no longer enough to copy others

Most of the companies listed on today’s stock market indices have their roots in a bygone age. However, their current share prices work on the presumption of a continuation of the earnings they have generated in the past. The question is whether their business models are ready for the future.

Old-established sectors are increasingly losing competitiveness and find themselves in danger of being overtaken by agile companies. These firms recognise the wide-ranging opportunities and potential offered by megatrends, respond to global challenges with innovative concepts and offer sustainable solutions. For example, while the broad stock market has gained more than 160 percent since 2010, the oil sector has had more than a third knocked off its valuation, while coal companies have even lost two-thirds of their value. A rethink is thus essential – including for investors.

Most companies want to be (more) sustainable. However, environmental and social problem areas are visibly increasing. What’s more, regulators, clients and investors are demanding verifiable sustainability. This is the big challenge facing companies who really want to make a positive impact with their business model: they need to present their efforts in a correct and transparent manner that meets the demands of social interest groups. Sustainability therefore has to be made measurable, with benchmarks and the full disclosure of supply chains being essential. It is also not easy to break away from previously used production methods and to implement more sustainable technologies. However, if companies succeed in establishing sustainability at a management level and are able to integrate the manifold methods of digitisation, a “true green” enterprise can emerge, for example, through the utilisation of the Internet of Things and artificial intelligence.

We are on board!

The Association of Swiss Asset and Wealth Management Banks (VAV), of which we are a member, has recently defined 16 priorities for action that are to be monitored and developed further on a regular basis. In performing our business activities, we will strive to implement the corresponding measures relating to transparency and disclosure, investment solutions and training as well as the reduction of greenhouse gas emissions. This endeavour is further underlined by our decision to sign up to the “UN Principles for Responsible Investment”.

It pays to invest in the future. Any portfolio in which intelligent technologies and innovative companies are incorporated will benefit.

The generation of financial returns and positive socio-economic efforts are not contradictory endeavours. On the contrary, those who want to invest in the long term will have no choice but to take account of megatrends and sustainability criteria in future. Taking a look at the global equity index is worthwhile: the average earnings growth rate across all sectors stood at 3.6 percent per year over the last three years. Future-oriented areas are posting much stronger annual growth at between 20 and 35 percent. Around one-third of the money invested in Switzerland is already being invested sustainably and a number of studies are now able to demonstrate a positive correlation between sustainability and performance: Gunnar Friede, Timo Busch and Alexander Bassen: ESG and Financial Performance: Aggregated Evidence from More than 2,000 Empirical Studies. In: Journal of Sustainable Finance & Investment, 5 (2015), p. 210–233.

Companies that enjoy success in the long term are characterised by foresight, the careful use of resources and the optimisation of their own footprint. They benefit and have a positive impact on the global challenges posed by a changing world. 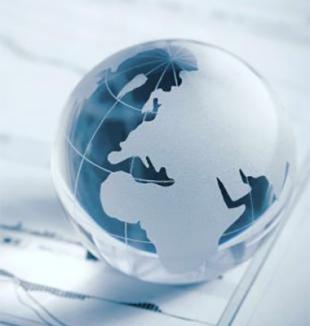 Did you know that with our focus module “Equities Global Impact”, which is part of our innovative modular investment solution, we address the increasing client demand for sustainable investments? Ask us about it!

Learn more about our services and competencies. Our client advisors look forward to hearing from you!

This publication is intended exclusively for information and marketing purposes. It does not represent investment advice or an individual, specific investment recommendation. It does not constitute a sales prospectus and shall not be construed as a solicitation, offer or recommendation to purchase or sell any investment instruments or services or to engage in any other transaction. Maerki Baumann & Co. AG does not provide any legal or tax advice and recommends that investors seek independent legal or tax advice with respect to the suitability of such investments, as the tax treatment depends on the client’s personal circumstances and may be subject to constant change. Maerki Baumann & Co. AG is the holder of the Swiss banking licence granted by the Swiss Financial Market Supervisory Authority (FINMA).