Flexible retirement: a win-win situation for companies and employees

Flexible retirement: a win-win situation for companies and employees

Today, companies find themselves under more pressure than ever before to be attractive to skilled workers. Flexible working models, including gradual retirements, are one way of retaining employees aged 50 plus and ensure that firms can continue to benefit from their expertise.

A backlog of reform in the area of pensions and inflation-driven price increases mean that employees are facing a financially challenging future. It is therefore all the more important that not only each individual takes personal responsibility for ensuring financial security in their golden years, but also that employers actively support their staff.

However, corporate responsibility towards employees is not the only reason why companies need to rethink the status quo: Demographic change is another factor that has led to a shortage of qualified skilled workers. In parallel to these developments, employee demands with respect to what constitutes a fulfilling job have also changed: For many, a good work-life balance is at least as important as their salary and career prospects.

Around one in every three employees is aged 50 or above

Against the backdrop of the shortage of skilled workers, focus is increasingly being turned to the 50-plus generation, who continue to account for around 30 percent of the Swiss workforce. While scores of Swiss retire every year, there are also fewer young people entering the workforce. According to UBS forecasts, the Swiss labour market will face a shortfall of half a million workers by 2030!

This makes it all the more vital for employers to keep older employees at their company for as long as possible, thus allowing them to take advantage of their know-how and experience. Among other things, this requires the introduction and acceptance of new employment forms. These include, in particular, flexible working models that promote the well-being of employees by offering a better work-life balance. Some examples are “job sharing” between younger and older employees as well as the gradual reduction of requirements, pay and management responsibility for staff approaching retirement age.

Flexibility as a competitive advantage

A smooth transition into retirement represents a win-win situation for employees and companies alike: For employers, this provides a real competitive advantage, as having employees at their disposal for longer allows for better utilisation of their skills and experience as well as an orderly transfer of professional expertise to younger team members. On the other hand, a smooth transfer into retirement meets the need of many employees to remain in employment for longer while at the same time gradually reducing their workload as they approach the third stage of their life. According to a study conducted by Swiss Life Switzerland, half of the 55- to 70-year-olds it surveyed can imagine continuing to work beyond regular retirement age! (Representative population survey as part of an online panel, conducted by the market research institute ValueQuest GmbH during the second half of October 2020.)

Until now, it has chiefly been large Swiss companies who have offered their employees a flexible transition into their third stage of life. These include Coop, Migros, Swisscom, Swiss Life and SBB. At Migros, two-thirds of the workforce retires early, and the company is attempting to retain its employees for longer through dedicated generation management. This includes early career and development planning, opportunities to take on part-time roles as well as project management and specialist pools.

Pension deferral: less taxes in the short term, a greater pension in the long run

Although there are currently still too few incentives for paid work after reaching regular retirement age in the Swiss social security system, isolated improvements have already been seen: In the area of occupational pension provision (pillar 2), regulatory changes have been implemented that allow for a more flexible transition into retirement. Pension funds are now also able to grant their insured members a staggered partial retirement between the ages of 58 and 70. The later drawing of retirement benefits can be attractive due to higher conversion rates. 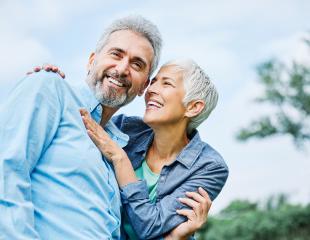 The new regulations governing occupational pension schemes allow for employees to exit the working world on a phased basis: If an employee reduces their employment level by up to half from the age of 58, they can still remain insured at their previous salary level. Those who opt to work beyond ordinary retirement age can continue their pension fund up to the age of 70 and keep up their contributions. In this case, however, employers are no longer obligated to pay at least half of the pension fund contributions.

With regard to their retirement provision, employees should plan the transition into their third stage of life as early as possible. This is where the involvement of specialists, such as those found at our private bank, particularly pays off. The state pension scheme (pillar 1 or AHV for short) is especially inflexible and currently only offers two choices: Firstly, the option to bring forward retirement by a maximum of two years, with the recipient’s pension being reduced by 6.8% for each year. Secondly, there is the option to delay drawing your pension by up to five years, meaning taxes can be saved by continuing to work. Furthermore, this allows for the pension to be increased by a maximum of 31.5% compared to the regular retirement age. With the planned reform of retirement provision (AHV 21), an additional degree of flexibility could be added through the option of a partial early withdrawal or partial deferral. 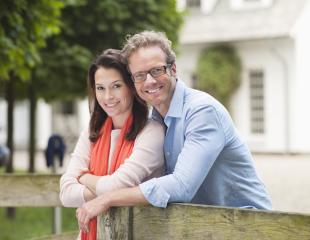 Around 10 years before reaching the regular AHV retirement age, it is advisable to plan the date on which you wish to retire and have a pension analysis drawn up with a budget for your income and expenditure as well as your asset requirements. The closer you get to retirement, the more often the analysis should be reviewed and, where necessary, adjusted.

Approximately five years before your retirement, you should think about whether you want to draw your pension fund assets as an annuity, a lump-sum payment or a mix of the two. In terms of tax, the different variants make a big difference. In the case of a lump-sum withdrawal, taxes can be reduced with forward planning.

Early retirement also has negative financial implications in the area of occupational pension provision (pillar 2): For each year of early withdrawal, your pension is reduced in the form of a lower conversion rate and lower retirement capital. In order to avoid income losses further down the road and maintain your accustomed standard of living, it helps to purchase additional pension benefits and to build up funds as part of your private retirement provision (pillar 3a).

Pillar 3a: why it is becoming increasingly important

Due to the increasing pressure on state and occupational pension schemes (AHV and BVG), private pension provision is becoming enormously important. An ageing society, which is drawing on retirement benefits for longer as a result, as well as the decades-long backlog of reform in the area of pensions are making individual retirement provision essential. Pillar 3a, in particular, represents an important voluntary contribution to your private retirement provision in the long term. The payments can be deducted from your taxable income, although they are limited to a maximum of CHF 6,883 per year (as of 2022).

SMEs have to rethink the status quo

The older the population gets, the more companies need to seek ways to better utilise the potential of their older employees and improve cooperation between the different generations. However, rising life expectancy also means that discussions about a higher retirement age are inevitable. The worlds of politics and business need to continue rethinking the current situation and tackle the new realities with innovative solutions. 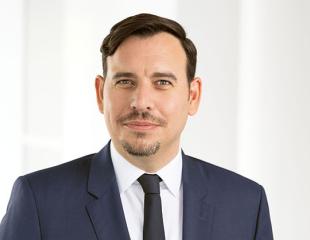 Nils Ganz, Head Mortgages & Retirement, Member of Senior Management, has been working for the family company Maerki Baumann & Co. AG since 2018. He specialises in the areas of retirement, asset organisation and pension provision and has been advising private clients on these issues for more than a decade. He applies his knowledge to drawing up individual plans that are always geared to specific client needs.

Learn more about our services and competencies in the area of retirement provision. Our client advisors look forward to hearing from you.