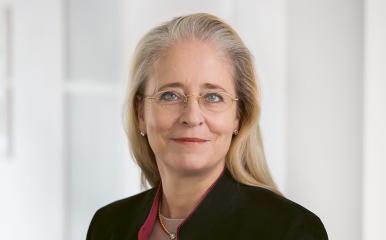 Vice‑Chairwoman of the Board of Directors

Carole Schmied-Syz is active as an academic lawyer in the fields of contract and liability law. She used to be politically active as well: until 2005, for example, she was a member of the Zurich Constitutional Council. She holds a number of other mandates: she is a trustee of the Right To Play Foundation, and in the cultural field she is a member of the board of the Patrons’ Association of the Tonhalle-Gesellschaft Zürich. Furthermore, she chairs the bank’s art committee.