The soundtrack of life

The soundtrack of life

Classical or rock? Disc or streaming? For dancing or solace? Who cares, as long as it is music!

The grand piano stands ready on the concert platform, its lid raised. The orchestra tunes up one last time. People in the audience hold their breath and clear their throats. Can anything be more electrifying than those final moments of silence, when the conductor raises his baton and the pianist’s hands hover over the keyboard? That unmistakable silence before the music’s redemptive power kicks in.

Live concerts have their own unique reality. It is what gives them their appeal. Classical or rock, purists believe experiencing a musical performance in real time is sacrosanct. Of course, it is about melodies, performers, composers – but primarily it is about feeling that they are part of something transcendental. “Music”, says Hans G. Syz-Witmer, Chairman of the Board of Directors of private bank Maerki Baumann, “is a hugely valuable communal experience.”

As Vice-Chairman of the Zurich Tonhalle company (concert hall), he observes the music scene not only out of personal interest, but also by virtue of his office. When the Tonhalle restarted musical performances after the lockdown in the spring of 2020, it was besieged by would-be concertgoers – so great was the pent-up demand for live experiences. Only when music-lovers could not go to concerts did they realize how much they missed the experience of coming together with like-minded people to discover and enjoy musical treasures. 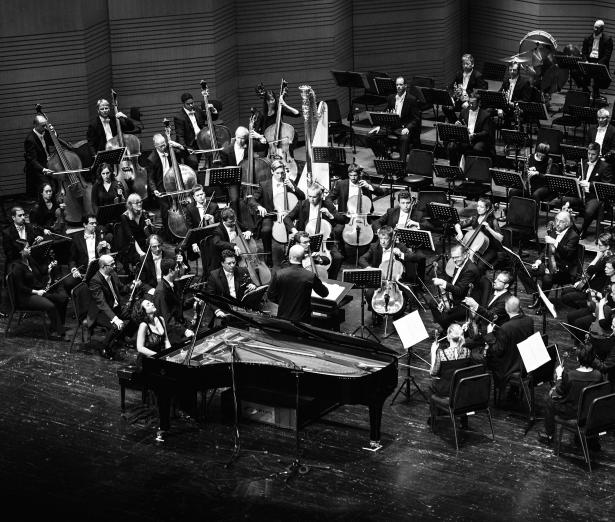 Classical musicians were the pop stars of their day
The pandemic still restricts that live experience or rules it out altogether, we have to find alternative ways of enjoying music. While some of us still get our hits by spinning vinyl discs, others simply take them from the “cloud”. Early music is also making increasing use of new channels to reach its audience: major orchestras stream concerts, pianists sell podcasts, music schools teach online.

Many music-lovers divide music into early and modern, into “S” for serious and “E” for entertaining, into shallow and profound melodies. In the final analysis, music is simply a matter of taste. When everything in a piece of music – melody, tone colour, rhythm – comes together for us and touches the soul, what does it matter whether it is Mozart or Metallica, Bach or Bligg? “I avoid playing off one genre or one artist against another”, says Hans G. Syz-Witmer, whose musical preferences cover a broad spectrum ranging from classical to jazz and rock.

As for dividing music into serious and entertaining, it makes no sense: the famous composers of the great 18th and 19th-century works that we still love so much to this day were after all hailed as entertainment celebrities in their day. Mozart was a pop star, Beethoven – a lateral thinker who invented completely new soundscapes. Franz Liszt was known to have chatted to the audience during performances. The classics were not conceived for the edification of the educated middle classes, but as radical innovations to entertain the masses. Paavo Järvi, chief conductor of the Zurich Tonhalle orchestra, shows just how fruitful it can be to disrupt musical boundaries: he used to be the drummer in a rock band.

A direct line to the emotions
There are more and more hugely popular classical-music stars like Yuja Wang, Anna Netrebko and Lang Lang whose attraction extends well beyond traditional audiences. They take liberties with genre boundaries, which appeals to a new, young audience. Lang Lang uses YouTube to bring his performances into our homes: “Lang Lang and Friends: Reaching Dreams Through Music”. Other names that spring to mind include jazz icon Diana Krall, operatic soprano Renée Fleming, and singer-songwriter Sam Smith. The listeners talk about how music has changed their lives, and sometimes even saved them. “In Moscow, aged four”, says Lang Lang, “I used to watch Vladimir Horowitz in concerts on TV. Seeing members of the audience in tears brought the power of music home to me.”

Film music probably shows off the power of melody more clearly than any other genre, and probably nobody is more keenly aware of this than Hans G. Syz-Witmer, who trained as a cameraman and has directed and produced dozens of feature films and commercials. We have all experienced the spine-tingling effect of a skilfully crafted soundtrack. Many people have been initially introduced to classical music by great film-score composers like Hans Zimmer and John Williams.

“Not until you see a silent movie”, says Hans G. Syz-Witmer, “do you notice how important music is to film. Music in film is fundamental to the stimulation of the imagination and the creation of mood.” Scientists put the effect of music down to the fact that the ear disseminates sounds to all levels of the brain, triggering complex reactions before we are consciously aware of them. This means that music is much more than a sequence of acoustic signals: it has a direct line to our emotions. Sometimes it moves us to tears, sometimes it gives us butterflies in the stomach.

“Music in film is fundamental to the stimulation of the imagination and the creation of mood.” 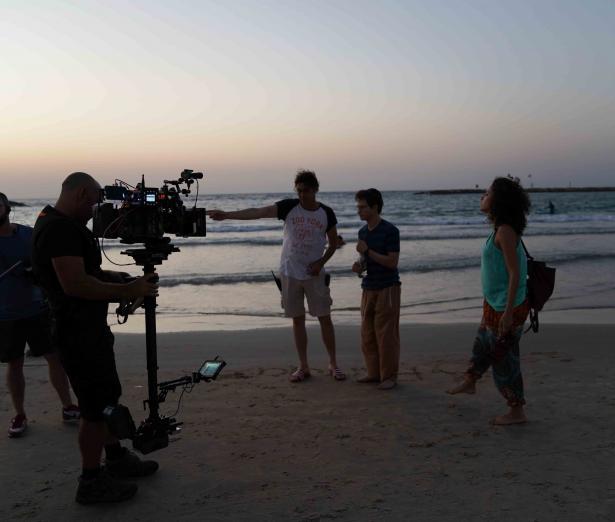 From albums to apps
Film music is high on Hans G. Syz-Witmer’s playlist, starting with Ennio Morricone’s score for classic western “Once upon a Time in the West”. Just as dramatic, but even more powerful, is Sergei Rachmaninov’s 2nd piano concerto – and Ludwig van Beethoven’s piano concertos are one of his all-time favourites. Streaming services and platforms have transformed his listening habits too: if the concert hall is closed, he simply opens his online archive. With digital music storage, music lovers can compile their own hit parades and play them whenever they like. On top of that, there is a statistical analysis of our different ways of enjoying music and our favourite performers, not to mention innumerable listening suggestions. The stream of music will never run dry.

Useful and popular though these services are, they also make us keenly aware of the value of live experiences, with their own unique reality. The spark at an actual concert is simply different. It remains tied to the day and hour, to the acoustics of the venue and the performers, to the presence of certain people, to our emotional responses. It is the original musical experience, valid and accessible to us only in the moment. In this reality, jointly achieved, the audience feels borne by an unseen hand to the final chord – and beyond.