We provide our clients with comprehensive support: In addition to investments and pension provision, we also take care of real estate as well as tax and legal aspects. 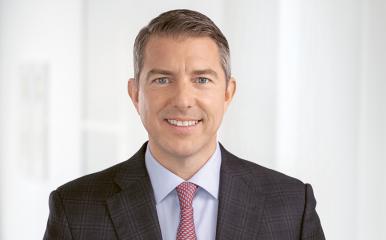 Lukas S. Risi (b.1974), lic. iur., LL.M., has been Head of Private Banking and Deputy CEO since February 2016. Lukas Risi joined Maerki Baumann & Co. AG as General Counsel and Head of Legal & Compliance in 2009. Since November 2012 he has also headed the Risk & Internal Control Department. He was appointed to our private bank’s Executive Board as General Counsel and Head of Corporate Services in January 2014.

From 2003 to 2008 Lukas Risi worked as Legal Counsel at Bank Julius Bär, having previously been a lawyer and notary for a law firm in Zug.

From 2011 to 2015 Lukas Risi was a member of the Swiss Bankers Association's Commission for the Protection of Swiss Assets.

Lukas Risi is married and has a son and a daughter. He enjoys spending his free time with his family. His special interests include travel, outdoor sports and concert-­going.