As an independent family-owned firm with a long-term orientation, we attach high priority to the individual focus, quality and transparency of our customer service. 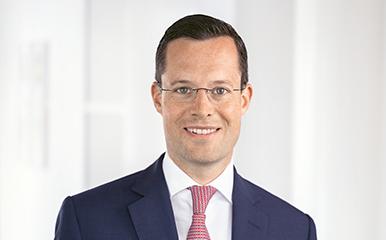 Stephan A. Zwahlen (b.1978), Dr. oec. HSG, has been Chief Executive Officer (CEO) since February 2016. He joined our private bank’s Executive Board as Head of Investment Solutions & Services in April 2009. From September 2010 he had the additional role of Deputy CEO before being appointed CEO.

Until 2009, Stephan Zwahlen worked at UBS Global Wealth Management in the international mandate business. From 2005 to 2007 he worked at Maerki Baumann & Co. AG, where he was responsible for the strategic repositioning of the bank and the founding of a transaction bank. He then managed various strategic projects within the Maerki Baumann Group as Head of Corporate Development. Stephan Zwahlen began his career at the Swiss Institute of Banking and Finance (s/bf-HSG), which is attached to the University of St. Gallen.

Stephan Zwahlen is married and has two daughters. As well as spending time with his family he enjoys travelling, golf, skiing and modern art.